Urban waste collection is one of the most pressing issues facing Greek municipal authorities in the midst of the financial crisis; a large number of unlawful landfills continue to blight Greece’s beautiful countryside in breach of the Waste Framework Directive, for which Greece has been condemned by the European Court of Justice since 2005. All unlawful landfills should have been closed under this initial court decision, which was not observed in full. In December 2014 the Hellenic Republic was ordered to pay to the Commission a fine of EUR 10 million and an additional fine every six months if the remaining 70 operating illegal landfills are not closed and the 223 sites which have been closed are not properly restored. The most important caretta caretta turtle-breeding site in the Mediterranean, in Zakynthos, continues to have an overflowing landfill situated directly within its drainage basin. Greece also faces the threat of further fines in relation to the management of specialised waste streams, in particular hazardous waste.

The waste management roadmap for Greece, published by the European Commission back in 2012, requires the Hellenic Republic to undertake, amongst others, the following key steps:

Law 4042/2012 on waste management, which transposed the Waste Framework Directive 2008/98/EC into national law, provided for the obligation of the Ministry of Environment, Energy and Climate Change to compile a (new) National Waste Management Plan (NWMP) in compliance with Law 4042/2012 which would set out the policy, strategy, principles and targets for the management of waste in Greece and which would suggest the appropriate measures and actions to be taken for the achievement of these targets and principles. Based on the general guidelines and provisions of the (new) NWMP, special waste management plans should also be issued in relation to specific waste streams (such as hazardous waste). Additionally, on the basis of the provisions of the (new) NWMP, (new) regional waste management plans should be prepared for the management of all waste produced at regional level. Basically, the existing Regional Waste Management Plans (RWMPs) must be revised by the end of September 2015 in compliance with the new NWMP to implement the guidelines and principles set out in the Waste Framework Directive and Law 4042/2012.

The new National Waste Management Plan (“New NWMP”), which was subject to public consultation in June 2015, has been updated to take account of the public consultation and dialogue and was recently published on the website of the Ministry of Reconstruction of Production, Environment & Energy. The former Deputy Minister for the Environment, Mr Tsironis, described the new plan as “the reversal of government policy which has been pursued for the last ten years. The aim of the new plan is to direct us to a zero-waste economy and society, which converts waste into resources.”

The key priority targets of the New NWMP centre around the re-allocation of waste management to a municipal level, placing the responsibility for separation at source and recycling on the municipalities through small-scale units, the encouragement of community participation, the targeting of advanced waste management techniques and, as an overarching principle, maintaining the public nature of waste management. The consequences are, according to the plan, reduced costs, local communities reaping the profits from waste management through appropriate financial incentives and up to 16,000 new jobs, presumably most of those in the public sector. Alternative waste management, currently almost entirely privately-run, will also be brought under public control.

The New NWMP replaces the previous NWMP for non-hazardous waste which came into force in 2003 and – among others – adopted the provisions of EU Directive 91/156/EEC. According to the New NWMP which is supplementary to the National Waste Prevention Strategic Plan, the national policy on waste management is oriented to the following targets for 2020:

The maximisation of the separation at source and recovery of materials instead of the treatment of MSW in mixed form has been placed at the core of waste management planning.

B. Ensuring a high protection of environment and human health through – among others – the enhancement/development of a central mechanism for the registration and processing of data in relation to the generation and management of waste to ensure traceability from production to final destination, the development of appropriate infrastructure network for the recovery and disposal of waste, the rehabilitation of contaminated waste disposal sites, the enhancement of controls/inspections and enforcement mechanisms in order to ensure compliance with the laws;

D. Rationalisation of waste management utility costs and promotion of economically and environmentally viable investments in order to provide contributory benefits to local communities from recycling;

E. Energy Recovery in the form of practices with low environmental impact which produce (based on biological and/or chemical procedures)secondary gas or liquid fuels for the generation of energy. Such practices include the recovery of biogas from landfills, the generation of biogas through anaerobic digestion, the generation of biogas from waste oils etc. Thermal methods for energy recovery from secondary fossil fuels (such as incineration, gasification, pyrolysis, Plasma gasification) are considered as processes of high environmental impact and are not supported by the New NWMP also on the basis of the prevention principle. For these reasons, any techniques producing RDF/SRF are not considered appropriate waste treatment options as consume materials which should be recycled.

The New NWMP contains the following statistical data with respect to the waste management situation in 2011 (reference year) in Greece:

The New NWMP also contains information about the network and facilities existing in the reference year 2011.

Quantitative targets for waste management and the needs for new infrastructure and management network are laid down for each waste category.

According to the New NWMP, at the time of drawing up plans for the New NWMP there were plans for the creation of new facilities for the recovery of mixed MSW (on the basis of the current RWMPs and with the goal of achieving targets for diverting biodegradable waste from landfill) with a total capacity of 2,404,450 t/year, which are not binding and will be revised in accordance with the provisions of the New NWMP. Such waste management projects which were planned and pending at the time of the New NWMP’s approval (through PPPs or other) will be suspended unless the relevant contracts were signed before approval of the New NWMP. They will need to be redesigned or new waste management projects and actions will be required to be designed in accordance with the provisions of the New NWMP7. This shall be reflected in a new legislation which is included in the actions (legislative measures) required for the implementation of the New NWMP.

The network for the treatment of residue mixed MSW (i.e. any mixed MSW which remain for further recovery after the implementation of separation at source operations) shall be planned in the revised RWMPs in line with the strategies and guidelines of the New NWMP which provides mainly for small scale decentralised facilities. RWMPs should provide for special measures in line with the general guidelines of the New NWMP. They shall (A) determine the areas which would constitute the solid waste management areas (“management areas”, in Greek: “διαχειριστικές ενότητες”); (B) set out the management methods which must be applied in each management area; and (C) lay down specific targets, measures, terms and restrictions for the achievement of strategic and quantitative targets of Law 4042/2012 and the New NWMP.

Municipalities shall draw up local plans for the decentralised waste management by 15 September 2015; such local waste management plans shall be taken into account for the revision of the RWMPs which shall take place by the end of September. The New NWMP provides that the Municipalities shall have complete (but not exclusive) power to manage waste from the stage of prevention to the stage of disposal.

The New NWMP provides for various actions (such as legislative, administration and economic measures, infrastructure and projects) required for its implementation. Among others, it expresses the intention to postpone the application of the common ministerial decision on the collection of landfill tax (which will apply from 1 January 2016) until completion of the infrastructure for the separation at source and recovery operations. The landfill tax was introduced by Law 4042/2012 and will apply to any organisation or enterprise which disposes specific types of waste untreated into landfills) in order to promote the diversion of waste away from landfills. However, such postponement will have to be regulated by law in order to be effective.

The National Waste Prevention Strategic Plan (“NWPSP”), which was finalised in December 2014, has been compiled to implement Law 4042/2012 with the aim of promoting sustainable consumption and the reuse of products, as well as raising awareness in relation to waste prevention. The waste prevention initiatives, which were on-going on the issue of the NWPSP in December 2014, range from actions financed through environmental EU programs (such as the LIFE project, aiming at supporting the local authorities in the actions to be undertaken for waste prevention), actions for raising awareness at schools (such as the ‘’Eco schools’’ initiative which provides for the establishment of environmental committees and environmental action plans in schools for the enhancement of the surrounding environment), PPPs for the optimization of the reduction and recycling of waste in touristic destinations (three such programs were developed in Chalkidiki), organisation of events for the demonstration of waste reduction methods, actions promoting reusable bags, the reuse of clothing, the disposal of unused drugs and the exchange of used products  books), environmental labelling etc. The pay-as-you-throw (‘’PAYT’’) scheme for the reduction of waste in landfills and the enhanced participation of the public in the separate collection of waste has only been implemented as a pilot project in the municipality of Elefsina.

The NWPSP focuses on public awareness and aims at strengthening the existing actions mentioned above especially with regard to informing the public and encouraging their participation. The new strategy is to set up more effective communication campaigns through the organisation of separate campaigns focusing on specific waste streams. The priority areas according to the plan are the following: food waste, paper consumption, packaging waste and waste from electrical and electronic equipment; in addition, the plan proposes actions on areas outside the aforementioned “priority areas”, and in particular actions mainly for informing the public (through seminars, workshops, distribution of information leaflets, posts on websites and social media accounts) in relation to the prevention of generation of MSW, construction and demolition waste and industrial waste.

We therefore expect that a large raft of legislative and regulatory measures will be required to implement the New NWMP and a large number of infrastructure projects must be constructed (even if smaller in scale than initially planned under the previous NWMP). This will require considerable public funding if the New NWMP’s overarching concept of public ownership of waste management infrastructure is to be implemented. The degree of private involvement in the waste infrastructure projects and management may be revisited after the general elections on 20 September 2015. 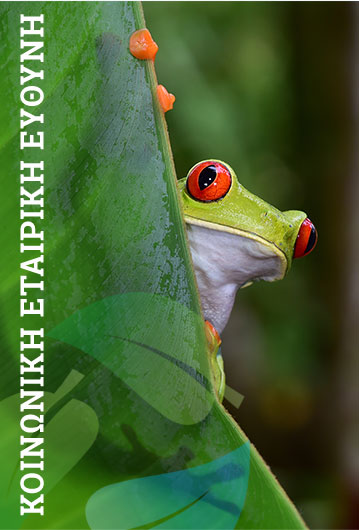